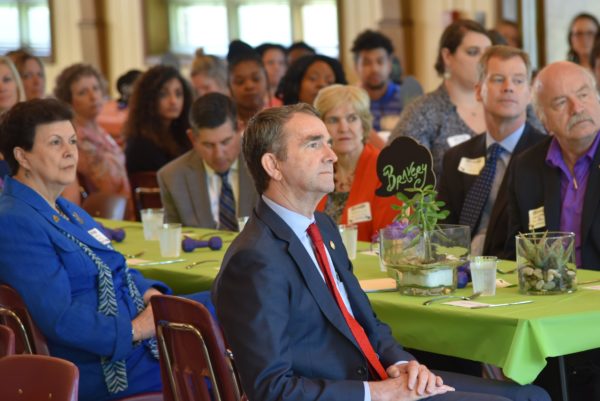 As a child living at UMFS in the 1970s, David Reid’s weekly chores included pushing a lawn mower. Now, the former foster child-turned Loudoun County representative is pushing for change.

UMFS was honored to be joined on Wednesday by both Del. Reid and Gov. Ralph Northam for the signing of HB1219. Del. Reid championed the bill, which allows foster children 14 years old and up to request that their birth parents regain custody.

“This is really somewhat surreal to be back here,” Del. Reid said to a crowd of UMFS staff, leadership, and board members. He later joked about the very dining hall in which he was speaking. “I can’t tell you how many times I had to strip and wax this floor.” 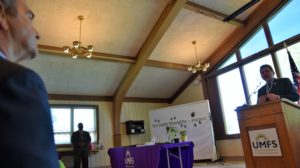 Del. Reid said much of his focus stems from his humble beginnings and time spent at UMFS. He said he simply wants to give back and help others reach their goals.

“It’s about making sure that other people have the same opportunities to succeed that I had,” he said.

Gov. Northam commended Del. Reid for his leadership and passion, noting that his piece of legislation had passed the House and Senate unanimously. 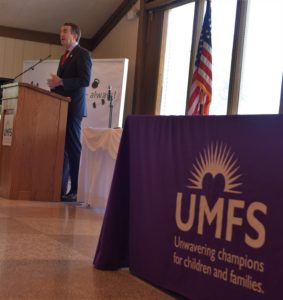 “Having dealt with a lot of foster children, they long to know who their biological parents were and to be with them,” Gov. Northam said.

Just moments before signing Del. Reid’s legislation into law, Gov. Northam glanced up from the document and out into the crowd.

“I couldn’t be prouder of David and to put my signature on this,” the Governor said. 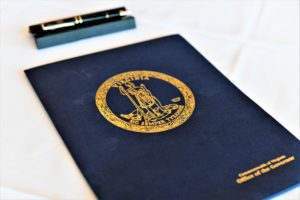 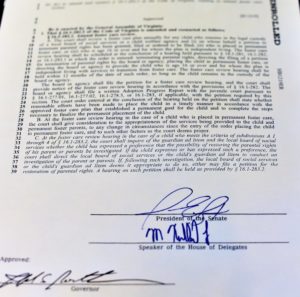 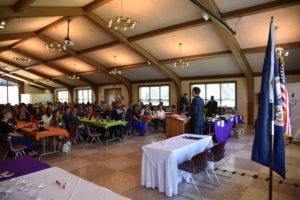 Gov. Ralph Northam spoke to staff and board members on May 9, 2018. 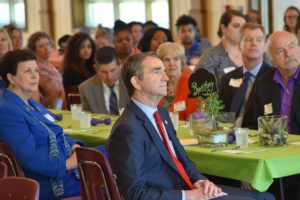 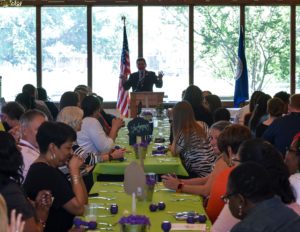 Del. David Reid spoke about his time living at UMFS. 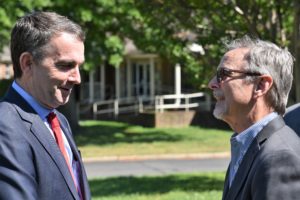 « A Lifetime of Considerable Commitment
Celebrating Our Passionate Employees »