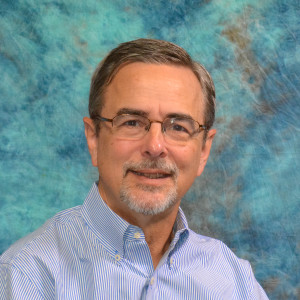 Greg Peters has led UMFS as President and CEO since January 1, 2000. His career at UMFS began in 1980 as a program coordinator. In this role, Greg created the UMFS Treatment Foster Care program. He later served as Tidewater Regional Center Director, Associate Executive Director, and Chief Operating Officer.

An accomplished child advocate and community leader, Greg is past Board Chair of three leading child care and human services associations in Virginia: the Virginia Association of Licensed Child Placing Agencies; Virginia Coalition of Private Provider Associations; Virginia Nonprofit Leadership Council. Greg also is past board chair of the national United Methodist Association. His service to children, teens, and families spans 40 years.

Greg earned his bachelor’s degree from Bridgewater College and his master’s in social work from Virginia Commonwealth University. He is a Licensed Clinical Social Worker and Leadership Metro Richmond alumnus who has completed coursework at the University of North Carolina, Harvard University, and the College of William and Mary.

In 2006, Greg received the United Methodist Association (UMA) Administrator of the Year award. In 2008, he was the first private provider to receive the Distinguished Service Award from Virginia Coalition of Private Provider Associations (VCOPPA). Greg was honored in 2015 by Bridgewater College as Alumni of the Year. He actively advocates, develops, and implements creative partnerships that address gaps in the human services system at the local, state, and national levels and has led numerous workshops and public presentations throughout Virginia, the United States, and Germany. 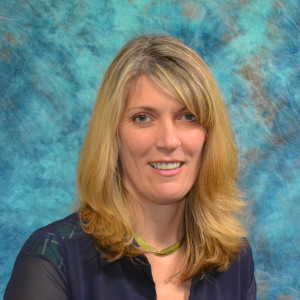 Nancy Toscano was named UMFS Chief Operating Officer in 2019. Before joining UMFS in 2007, Nancy worked with youth and families in New York, California, as well as in England and Malaysia. She has extensive experience in organizational behavior and culture, metrics analysis, and strategic thinking, and she is trained in Innovation Engineering and the Gazelle’s method of strategic execution.

A Licensed Clinical Social Worker and graduate of VA-LEND (Leadership Education in Neurodevelopmental Disabilities) from the Medical College of Virginia, Nancy also is a graduate of University of Michigan and the Alliance’s Executive Leadership Institute. She was chair of Richmond City’s Community, Planning and Management Team and facilitated its strategic planning process. She serves on the Child Abuse and Neglect Advisory Committee, has appointments to the boards of Virginia Coalition of Private Providers and the United Methodist Association (UMA), and she played a key leadership role in Virginia’s implementation of the Family First Preservation Services Act. In 2018, Nancy was invited by Virginia’s Office of Children’s Services and the Secretary of Health and Human Resources to provide strategic planning facilitation for the State Executive Council.

Nancy received her bachelor’s degree in social work from Siena College and her master’s in social work from New York University. She earned her PhD in public policy and administration with a concentration in nonprofit leadership from Virginia Commonwealth University, where she later became an adjunct faculty member at the School of Social Work. 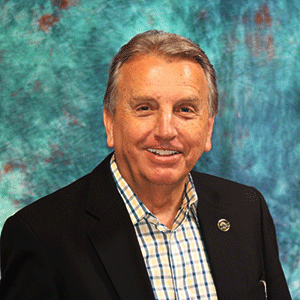 Gary Duncan joined UMFS as its Chief Development Officer March 2011. As the founder of two residential and educational programs for youth, Gary has extensive expertise in working with children and youth from challenging environments. He understands the importance of donor support for young people who need individualized care.

Gary is a University of Virginia alumnus with more than 26 years of experience in fundraising for nonprofits. His specialization is major gifts and planned giving. Gary has provided fund development leadership in various programs including the National Park Foundation, ChildFund International, iBex Technologies, the Alliance for Children and Families, and Community Attention Homes. 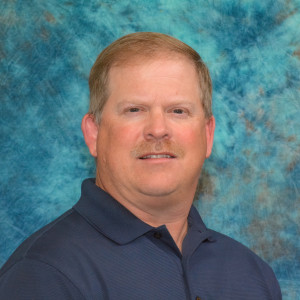 UMFS Chief Financial and Administrative Officer Matt Lisagor is a Certified Personal Accountant who brings more than 29 years of financial experience to his role at UMFS. Through years of working with private, public, and non-profit organizations of varying budget capacities, Matt has developed extensive operational finance expertise.

Matt earned his bachelor’s degree in business administration with an emphasis in accounting from Old Dominion University in 1991. In September of 2000, he became a Certified Public Accountant. Matt’s been leading UMFS’ financial operations since 2007. 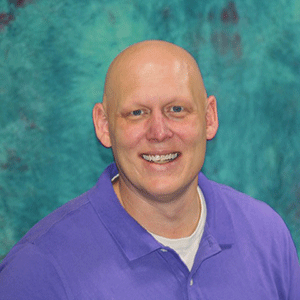 As Vice President of Education for UMFS Charterhouse School, Wade Puryear ensures that students with special needs have access to vocational training and other life skills that will help them become productive and contributing members of their communities. Since 2001, Wade has served in a variety of leadership positions in the private day school and residential school sector.

Wade earned a master’s degree in special education from Old Dominion University, a master’s degree in rehabilitation counseling from Virginia Commonwealth University, and a post-graduate degree in educational leadership from Virginia Commonwealth University. He holds a Virginia postgraduate professional teaching license with endorsements in administration and supervision, English, ED, K-12, and specific learning disabilities K-12.  Wade also is enrolled in VCU’s post-graduate certificate program for professional counseling and is pursuing professional counselor licensure. He supports and directs all Charterhouse School programs at both Charterhouse School locations in Richmond and Edinburg. 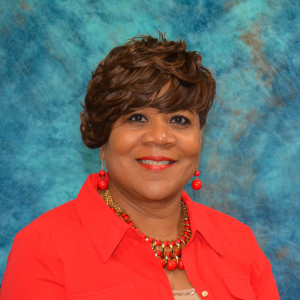 Adalay Wilson is Vice President of Programs at UMFS, where she’s worked since 1989. She has more than 35 years of experience developing and directing successful programs and initiatives in the nonprofit and public sectors and provides leadership, strategic direction, and vision for statewide community-based services and grant programs. Adalay previously served UMFS as Associate Vice President of Programs, Adoption Director, Regional Center Director, and Treatment Foster Care Supervisor.

After earning her bachelor’s of social work from Virginia State University, Adalay went on to earn her master’s of social work from Norfolk State University. She is a Licensed Clinical Social Worker and past-president of the Virginia Association of Licensed Child Placing Agencies. Adalay currently serves on the Chesterfield Community Policy and Management Team, Child Welfare Advisory Committee, and the Three Branch Appropriate Foster Care Placement and Prevention Services workgroups.

Lindsey Layne has worked in the field of education and training for fifteen years.  She earned her bachelor’s degree in liberal arts from Longwood University and her M.Ed. in Adult Learning from Virginia Commonwealth University.

Lindsey has played an integral part in designing, training, and implementing the Gazelles Model of strategic execution at UMFS.  She has a successful track record of instructional design, consulting and facilitation, often asked to deliver trainings across the Virginia. Lindsey is a MBTI Certified Trainer and earned her Blue Belt Certification in Innovation Engineering.  Additionally, Lindsey has trained with UMFS’s partner agency, Diakonie, in Munich, Germany.  Lindsey’s professional interests are CX, innovative startups, and data visualization.

Erica Ellison brings a wealth of experience to UMFS in her role as Associate Vice President of Human Resources. She joined UMFS in February 2020 after having worked for 20 years in leadership positions with private-sector leaders like Hewlett Packard and Northrop Grumman.

Erica is a Catholic University of America alumna with a bachelor’s in business. She’s earned her juris doctorate and MBA from the University of Maryland.

Deborah Burton began her career with UMFS in 1995 as a Social Worker in the UMFS Tidewater office. She previously worked for the Department of Social Services (DSS) and residential programs. In Tidewater, Deborah worked in a unique program designed to provide permanency options for children who lived with family members who had AIDS. The “My Sister’s Children” program resulted in a standby guardianship law for parents, which allowed them the opportunity to plan for the care of their children if they became incapacitated or passed away.

Deborah would go on to be named Adoption Supervisor at the UMFS Richmond office and was later promoted to Associate Program Director for the South Hill office. After leaving the agency for a year, Deborah returned as Program Director for the South Hill office. Since her return to the agency in 2003, Deborah was promoted to a Regional Director’s position for the South and West Region. Under Deborah’s leadership, that program grew to include offices in Lynchburg, South Hill, and Farmville.

Deborah is a graduate of Norfolk State University with a bachelor’s and a master’s degree in social work. She has more than 30 years of experience with both the private and public sectors of social work. Deborah is a passionate advocate who ensures parents are empowered to make decisions regarding their children. Deborah is also dedicated to using her gifts to cultivate emerging leaders in the organization.

Erica completed her undergraduate degree at The College of William and Mary and earned her Master’s in social work at Virginia Commonwealth University (VCU). While there, she also completed her certificate in early intervention. Erica is a Licensed Clinical Social Worker who’s been with UMFS since 2003 supporting families and youth with mental health needs. She is a member of the Richmond City Community Policy and Management Team.