“Been There. Done That.” Life Experiences Prepare Family Support Partners to Help Others 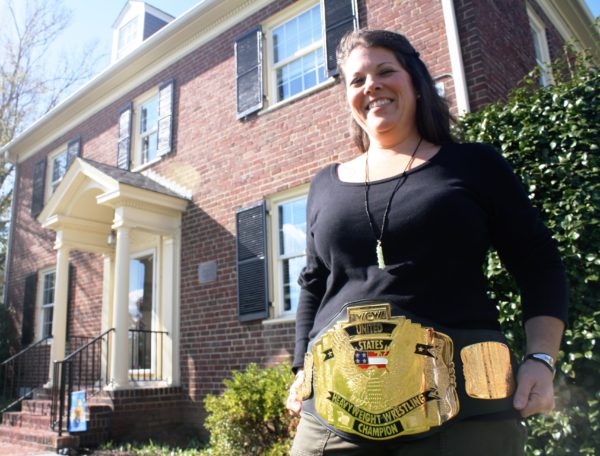 Cristy Corbin is a champion for high-risk children and families

The suicide attempts; the various treatment facilities; the persistent sense of helplessness. These are some of the things Cristy Corbin recalls from that tumultuous time between 2010 and 2015.

Cristy is the mother of two daughters. Her youngest, McKenzie, was 13 years old when it was discovered that she had been self-harming.

School officials first sensed that something was amiss when McKenzie refused to remove a heavy-hooded sweatshirt during an outdoor gym class on a 90-degree day in late spring. A teacher finally was able to reason with her, and that’s when Cristy got the call.

“The teacher noticed cut marks on Kenzie’s wrist,” Cristy said. “That was the first I’d heard of it. I asked the team — the school nurse, psychologist, gym teacher — what do I do? What do I do?”

At the time, Cristy was working as an EMT at VCU Medical Center. She had some medical experience but little psychiatric experience. On the advice of school officials, Cristy took McKenzie to the emergency room.

“The doctor said she’s not sick enough to be hospitalized, but she did need counseling,” Cristy recalled. A therapist was referred, so Cristy called immediately to make an appointment.

“I took it because I didn’t know what else to do,” Cristy said.

It was a long summer awaiting that first therapy session. For a time, Cristy continued working at VCU Medical Center, but she ultimately resigned. As the severity of the situation set in, she knew she needed to be home.

“It hit me like a ton of bricks, that the life I need to be saving is that of my own kid.”

But shortly thereafter, the therapist relocated, and the subsequent therapist “fell off the face of the earth,” Cristy said. But the third therapist was able to help McKenzie find the treatment she so desperately needed.

The therapist told Cristy she’d never seen such a young child so sick. The diagnosis was Major Depressive Disorder with multiple suicide attempts and self-harm.

Cristy was urged to pursue residential treatment right away.

“What is that?” Cristy remembers asking. “I don’t know what that means.”

When you’re new to the mental health system and dealing with a child’s behavioral needs for the first time, Cristy said, everything is incredibly overwhelming.

Fortunately, the therapist walked Cristy and McKenzie through the process, explained residential treatment, and even helped find a placement.

Cristy was grateful, not just for the recommendation that McKenzie enter residential treatment, but for initiating the first step forward down a long and winding path. Cristy said she wouldn’t have known where to begin had it not been for that therapist.

“She did the leg work,” Cristy said. Through residential treatment, it was revealed that McKenzie also had ADHD, borderline personality disorder and suicidal ideations. Uncovering these allowed them to be treated.

McKenzie is now 21. She lives independently and hasn’t self-harmed in more than a year. Cristy added with a wide smile, “And she had a baby in August.”

Some 2,000 miles away in Arizona, Laura May was navigating stormy seas of her own. 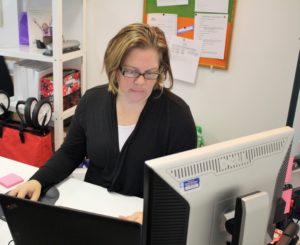 Laura has six children, two of whom are on the Autism spectrum and a third with mental illness. Two of her children have been hospitalized numerous times for attempting to die by suicide.

Laura’s had her fair share of dealings with the healthcare system through the years, and she likened some of her earliest experiences to “a bad nightmare.”

“As parents, we work under the assumption that the people in the system are the experts and we need to trust them,” she said. “It is intimidating.”

But in many cases, the experts are just providers. “It is the family that is the expert on the family,” Laura said.

Embracing that philosophy was, in part, what inspired her to expand the scope of care that she provided to her children.

“I know best what my children need,” she said.

This is but a snapshot of the experiences endured by Cristy, Laura and their respective families. Such scenarios unfortunately aren’t uncommon.

Countless parents and guardians at this very moment need a guiding light as they pursue care for children with emotional, behavioral or mental health challenges.

UMFS identified this need and responded with its Family Support Partners program in 2014. FSP advocates for families whose children have emotional, behavioral or mental health challenges. Not only are they well trained, they’re skilled because of personal experience.

“Been there, done that,” said Cristy, the FSP supervisor.

“I am a parent with lived experience of navigating Virginia’s behavioral health system with my own child, and I’m now in a position to pay it forward and partner with other families attempting to do the same.”

The little things can be transformative for a family in crisis, Laura said. To be introduced to resources or have someone help them learn medical terminology is empowering.

“Parents of children with special needs have a skill set unparalleled to any clinician,” she said. “It is a huge service to share my experiences with another family that is developing their skills.”

UMFS Board Chair Margaret Hardy worked as a psychiatric nurse before pursuing a career in law. She’s now president and healthcare group leader of the law firm Sands Anderson.

She called the FSP program a “step in the right direction in terms of navigating the difficulties” of the mental healthcare system.

“And not just the system,” Margaret said, “but the emotional and family dynamic, and all of those issues that go along with it.”

Cristy said the FSP outcomes have shown that many families have reached a level of self-efficacy that, per their comments, otherwise would not have been possible if not for the program.

And as the success of the program grows, so too does the need for resources.

Cristy has been with UMFS since 2014. Laura joined the agency in August. They are two of six full-time FSP staffers across the state, and UMFS has 23 FSP positions open in Fairfax County, Richmond, Petersburg, Tidewater, and Winchester.

“I was reluctant to jump in and start working with just any agency,” Laura said. “I kept my ears open and waited until I found an agency that was known for its integrity. Working with my children’s providers and attending National Alliance on Mental Illness (NAMI) and other classes, one agency’s name was repeatedly mentioned positively: UMFS.”