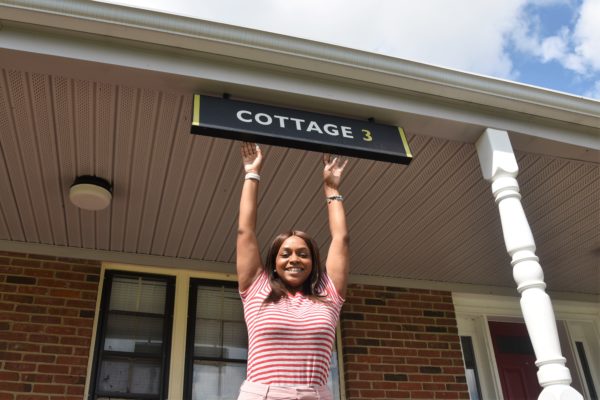 At just 30 years old, LaQuita has accomplished much. She’s a United States Navy veteran, a graduate student pursuing her doctorate, a wife, and a mother. But things could have been very different for LaQuita, who makes no bones about her past. “I was a handful,” said the UMFS Child & Family Healing Center (CFHC) alumna.

LaQuita recently made the drive west on I64 from her home in Hampton Roads to visit her old stomping grounds on the UMFS Richmond campus. It was her first time back on Broad Street since 2004, when she finished the second of two stays at CFHC. During her visit, she was open and honest about her childhood struggles. By embracing where she has been, she has become undeniably mature.

LaQuita bounced from foster home, to group home, to residential program, and back to foster home until she joined the Navy at 18. Much of her youth was spent in constant motion, and she had to overcome much to become the courageous person she is today. UMFS had a lot to do with the transformation, LaQuita said. She cited her first stint at UMFS, for example, as being especially difficult. It was during that time that her mother passed away. LaQuita said staff members were tremendous in helping her cope.

“UMFS gave me a foundation,” she added. And on that foundation, LaQuita has built a shining example that she’d like to share with other high-risk children and teens. Youth who experience hardship need more than sympathy, she said. They need places like UMFS to provide them with tools so they can become successful adults. They also need to be connected with people they can relate to. “A lot of times, going through the process in my own life, people would say, ‘I understand,'” LaQuita explained. “But sometimes it’s better to have the perspective of someone who’s actually been there.”

And LaQuita most definitely has been there. As foster children often do, LaQuita split time between a few different public schools. She also spent time at UMFS Charterhouse School. LaQuita’s public school placements always seemed to happen mid-semester. She said she quickly grew tired of having to explain foster care to her new peers — many of whom had been together since grade school. Eventually, she began telling people that Oprah had helped her find her long-lost family. “I came up with this whole story,” LaQuita said with a laugh.

On top of everything, LaQuita struggled with anger issues. She’ll be the first to tell you she had a hard time controlling her temper when she was younger. “I was one of the more aggressive kids.” But an attentive UMFS staff and support from therapists helped her break down emotional barriers. She said it happened organically over time. 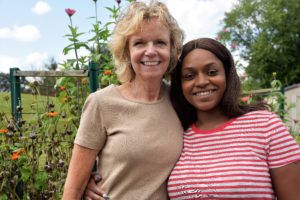 And also over time, LaQuita forged strong relationships with some UMFS staff. Enter Horticulture Teacher Susan Westfall (pictured left) and Technology Teacher Delany Deavers, who couldn’t have been more excited to see LaQuita when she arrived at UMFS on a remarkably pleasant late-September day in what had otherwise been a dreary month. The joyous feeling was mutual, as evidenced by LaQuita’s misty eyes upon seeing her former instructors. It was a welcome and unexpected reunion for all.

After sharing a few memories and several smiles, Mr. Deavers (pictured below right) had to return to his classroom. Mrs. Westfall and LaQuita retreated to the campus greenhouse, where they reminisced before sharing a final embrace. 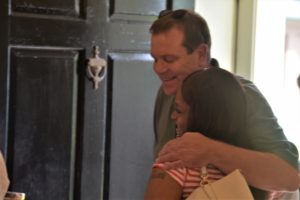 “LaQuita was born into a world full of uncertainty,” Mrs. Westfall said. “Yet she found the determination to not only survive, but to thrive.”