The Leedom Family: Encouraging Others Through Education 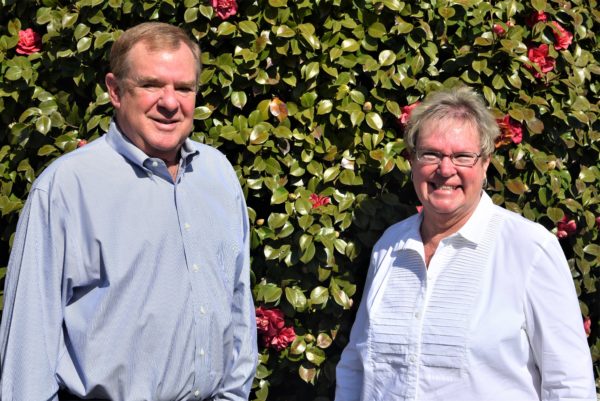 Helen’s husband left, and suddenly she found herself alone raising four young boys in a rough neighborhood in pre-Depression era South Philadelphia. “Can you imagine,” Bill Leedom said of his late grandmother’s resiliency, “raising four boys by yourself in the 1920s?” Yes, it was a tough situation, but Helen was decidedly tougher.

Rather than buckle under the pressure, Bill said his grandmother instead adopted a pick-yourself-up-by-the-bootstraps mentality and emphasized to her four boys that education would help them endure. Strong work ethic has been a hallmark of the Leedom family ever since.

Three of Helen’s four sons went on to earn college scholarships to attend the University of Pennsylvania, and the other was called to serve in the U.S. Navy. Among those who enrolled was Bill’s father, Richard, who later enjoyed a successful career in engineering. “Dad always reminded us how important education had been to his brothers and our grandmother,” Bill said. The importance most certainly wasn’t lost on Bill or his two brothers, all three of whom graduated from the University of Delaware. Bill and his brother George would go on to earn additional post-graduate degrees.

And when Richard passed away in 2016 at the age of 100, Bill, George, and other family members chose to honor the legacy of their father through education. Establishing the Richard P. Leedom Memorial Scholarship at UMFS was a good fit, Bill said, because “UMFS is giving a lot of kids a chance who maybe wouldn’t have had a chance otherwise, and they’re doing so with compassion.”

Young adults receiving services from UMFS who wish to pursue college or vocational training are eligible for the UMFS Scholarship Program, as are those who wish to participate in the UMFS Courage to Succeed program. UMFS Chief Development Officer Gary Duncan has known the Leedoms for years and lauded their ongoing philanthropy for being “as thoughtful as it is generous.”

“Inspired by their own experiences, they’ve chosen to invest in the lives of young people,” Gary added. “In doing so, they are helping others write success stories of their own. They’ve made a significant impact.” Bill also makes an impact as a member of the UMFS Resource Development Committee, and he praised UMFS for preparing children and teens to enter the workforce through endeavors like Charterhouse School’s Career and Technical program.

Bill then smiled and looked toward his wife, Barb, whom he met nearly 50 years ago while both were students at the University of Delaware. The college sweethearts noted their own children’s academic achievements. Daughter, Kimberly, has two master’s degrees. Their son, Michael, has his Juris Doctorate. “I felt really guilty because I was the only one in the family without an advanced degree,” Barb said with a chuckle. “So when I was about 55, I went back to grad school and earned my master’s degree.”

And just as the Leedom family continues to lead by example, so too does UMFS, Bill said. “What Charterhouse School is doing,” he said, “is getting students through to the next step instead of sending them to the back of the room.”

Click here if you’d like to join the Leedoms in helping young people achieve their post-graduation goals.