Mark Smith: Creating a Bright Future for Himself 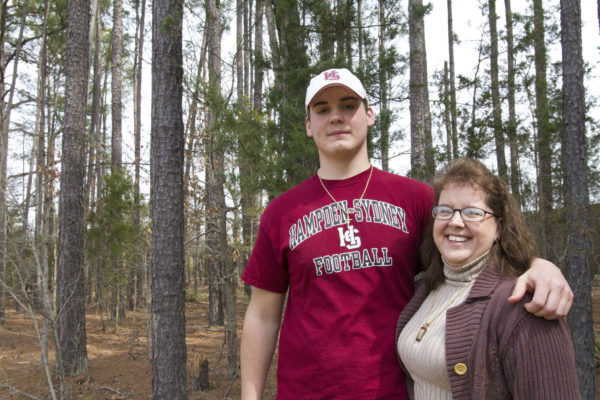 MARK SMITH has been working hard to create a bright future for himself. “I don’t want to be another statistic,” he reflects.

Many of the statistics for youth in foster care are grim. Nationally, only 50 percent of foster youth complete high school by age 18, and less than nine percent of them graduate from college. Mark is on track to shatter these statistics.

Things didn’t always look so rosy. Mark had a rough childhood, which included the imprisonment of his father and the death of his mother. He entered foster care at age nine, and he moved between several foster care families and a residential facility before he became part of UMFS’ treatment foster care program in 2014. Like many foster youth, the turbulence in his life had taken a toll, leaving Mark behind one grade level in school. He was also struggling to deal with anger and aggression.

In April 2015, Mark Smith needed a new foster family. Just a few months before, Don and Charon Price had completed the training to become foster parents at the UMFS South Central Regional Center in South Hill.

The Prices had heard about the urgent need for foster families for teens. After their two sons graduated and left home, they decided it was time to make the commitment. UMFS Community Based Services Supervisor Heather Schwartz knew she had a good match. Both Mark and the Prices are huge sports fans with a passion for football, and they share a love of sarcasm. “Mark fits so well in our family. If we could have ordered a-la-carte, we would have gotten him,” says foster mom Charon Price.

With strong support from the Prices and his UMFS social workers, Mark started to flourish. “I’m so impressed by his determination to do well. He’s inspiring,” shares UMFS Intake Coordinator & Senior Social Worker Abby Spence.

His foster parents worked with Mark and his school to develop a plan to help him catch up. Mark was able to complete core classes for grades 10 and 11 in one year, and that hard work will allow him to graduate on time in June 2017. Even more impressive, Mark made the honor roll and achieved a 3.5 GPA. Colleges noticed. Mark was accepted to six local colleges, and he earned a scholarship to attend his first choice Hampden-Sydney College in the fall.

Mark is looking forward to college, and hopes to major in biology with an environmental science focus. He is also excited to play football at Hampden-Sydney. Mark started his football career on a fifth grade recreational league team. By his freshman year of high school, he was playing varsity. The Prices attended every one of Mark’s games, and Charon is as quick to quote Mark’s football statistics as he is.

In the midst of his triumphs, Mark faced another time of sorrow. In October 2016, his foster father, Don Price died. Earlier in his life this major loss might have derailed him, but with his strong support system, he is working toward his future.

When asked who supported him to achieve his goals, Mark smiles and says, “A lot of people, but mainly these two (pointing at Charon Price and UMFS social worker Abby Spence). They see potential in me that I sometimes don’t see.”

Mark Smith wants other foster youth to know that they can succeed and achieve their goals as well. He advises, “Don’t let anybody tell you that you can’t be something and don’t let your past hold you down. Advocate for yourself and let others advocate for you.” He adds, “A lot of kids go back to where they came from: a life of crime or being in the system for life. I don’t want to be part of that. I will be the first to go to college in my family.”

UMFS has offices across Virginia supporting youth in foster care, like the South Hill office that works with Mark Smith. For more information about treatment foster care or to learn more about becoming a foster parent, click here.

Read  the Spring 2017 issue of The Champion here.