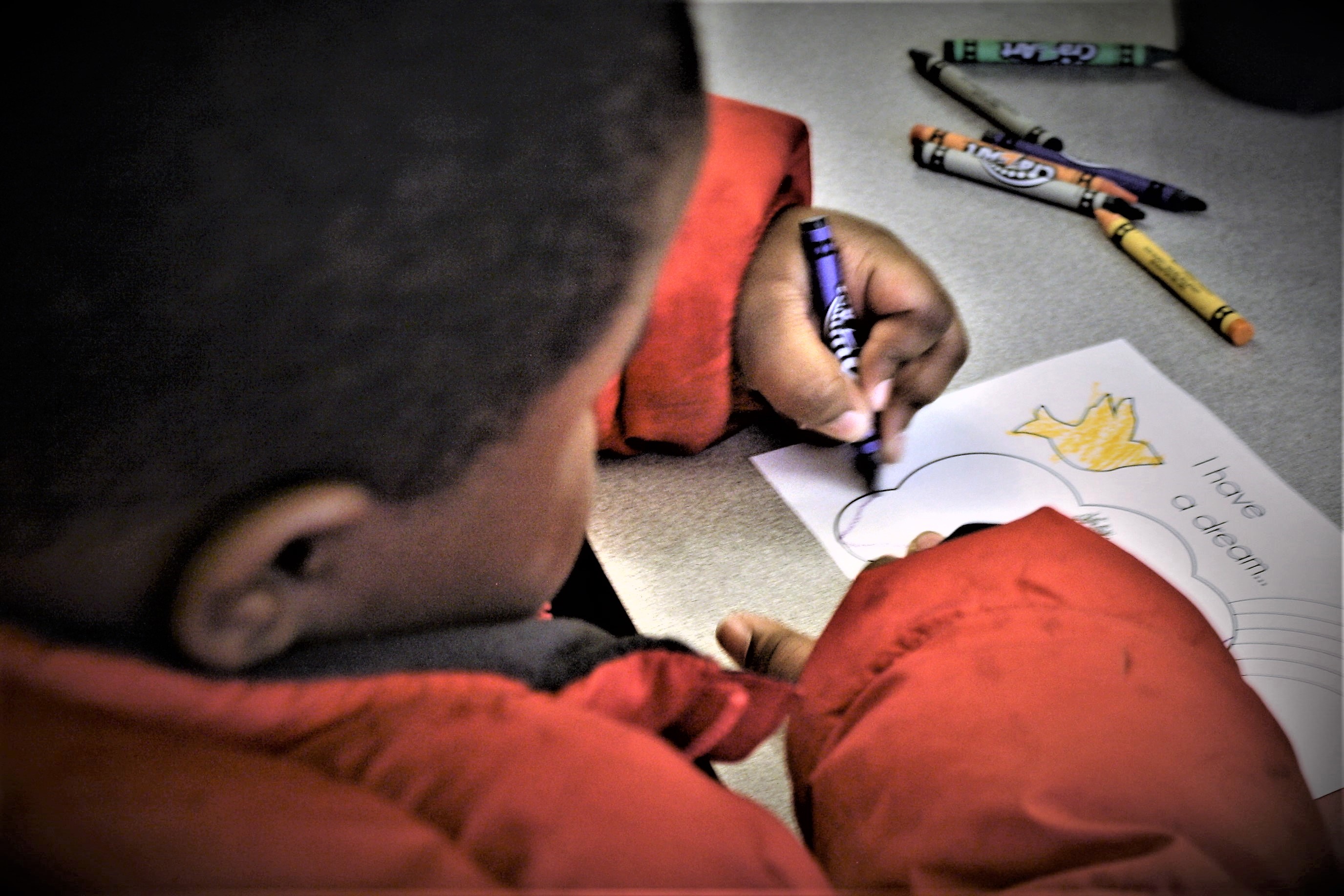 Students at UMFS Charterhouse School in Richmond took part in an African American Heritage Celebration this week in honor of Black History Month. The event featured student presentations, a motivational speaker, and a lunch prepared by the school’s culinary students and served by staff and volunteers.

The first student presenter read a moving original speech that encouraged peers to celebrate each other’s strengths. In front of a packed CHS dining hall, the student spoke with confidence about equality and the importance of loving one another. A second student speaker shared a thoughtful piece inspired in part by Dr. Martin Luther King Jr.’s legendary “I Have a Dream” speech. Said the student: “I have a dream that everybody will be happy and smile together.” Elementary students concluded by singing “We Shall Overcome.”

Hannah, a Charterhouse School student whose artwork was on display during the presentation, said she couldn’t have been more proud of her peers. She said the student speakers “spoke beautifully,” adding that their willingness to present in front of a large crowd speaks to their courage.

“I understand if they were nervous up there on the podium; I would have been terrified,” she said. “They did amazing.”

Rev. Maurice Hilton Bowles, III, was next to take the floor. The former Petersburg High School standout athlete and musician captivated the audience with his humor and wit. He drew the students in by reminding them that success — despite what popular culture says — has nothing to do with money, social status or power. Instead, Rev. Bowles said, success is all about courage and determination, referencing African-American trailblazers like Frederick Douglas, George Washington Carver and Maya Angelou.

Rev. Bowles encouraged the students to believe in themselves and asked that they incorporate two simple phrases into their lives.

He asked the audience to join him in repeating the first phrase aloud. “I must turn in the right direction and work hard to reach my goals,” he said.

His second and final motivational phrase was equally as powerful. Be empowered, he told the students, and tell yourselves the following: “Nothing can stop me, and I believe that.”