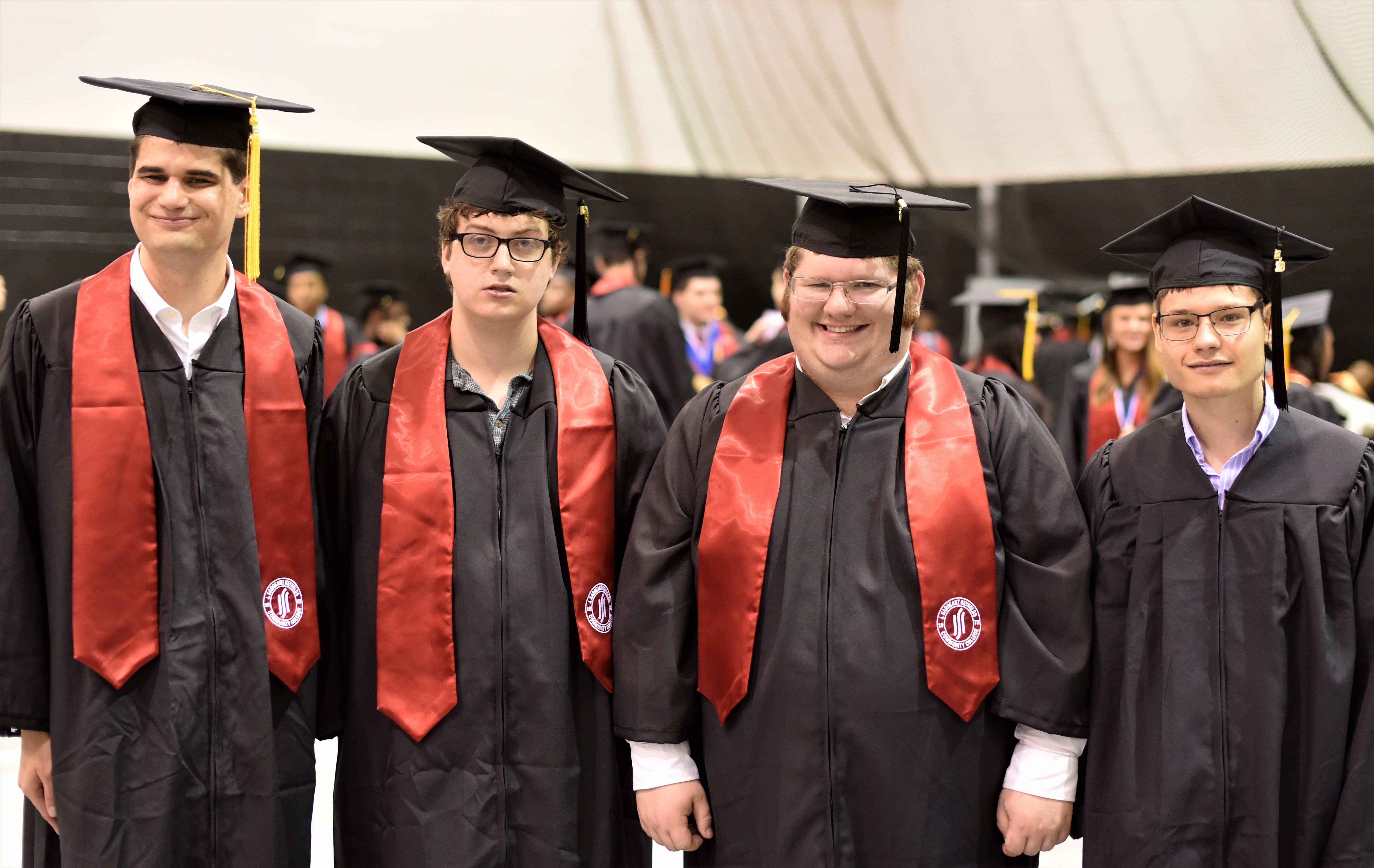 With classic black graduation gowns draped over their shoulders and tassels dangling from their matching quad-corner caps, four UMFS Courage to Succeed (C2S) students wait patiently for their much-anticipated opportunity to walk across the stage. Graduation is a monumental achievement for anyone, and for Jacob, Jack, Reed, and Zach, the accomplishment is especially sweet.

It’s Sunday — Mother’s Day, in fact — and throngs of well-dressed moms, dads, grandparents, brothers, sisters, aunts, uncles, sons, and daughters are lined up outside the 190,000-square-foot Siegel Center in downtown Richmond to watch their loved ones graduate during Reynolds Community College’s 2019 spring commencement. 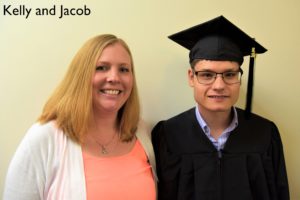 Back inside, soon-to-be grads are rushing about. Many are huddled in the hallways, snapping selfies with family and friends. Others are checking makeup, adjusting ties, and fixing hair. And gathered among the masses at the center of the large auditorium are the four C2S students. Accompanying Jacob, Jack, Reed, and Zach — just as she’s done each step of the way — is the group’s longtime coach, mentor, and friend.

“These are my guys,” said Kelly Magee, C2S Program Coordinator. “I just couldn’t be more proud.”

Graduation marks the end of a long journey in which each of these four students has developed — among other things — independent living skills, social skills, and the tools for academic and professional success. “We advocated all the way to the end,” Kelly said. “If they didn’t have a program like this, some things may have been overlooked.” 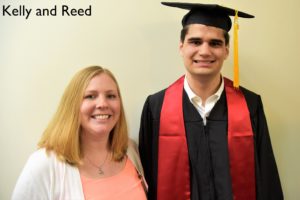 Since 2011, C2S has been helping students with autism spectrum disorder and other neurological differences work toward a college degree or vocational training. Most C2S students attend classes at Reynolds Community College three days a week. Two days a week, students visit the UMFS Richmond campus to receive coaching and tutoring, participate in study groups, and work toward overall academic and social independence.

“I’m optimistic about what’s next,” said Reed, who’s being awarded an Associate’s Degree in Information Technology, with a specialization in Microcomputer Applications. The 23-year-old said his post-graduation plans include pursuing full-time employment and potentially moving into an apartment or condo.

Like Reed, Jacob also enjoys working with technology, and he’s earning a certificate in Information Systems. Graduation is a time to celebrate academic achievements, Jacob said. He’s all smiles, and deservedly so. At 23, he already has a great job working with computers in a doctor’s office.

For Jack, graduation means bolstering his already impressive resume. “I’ve been with Courage to Succeed for three years,” the 22-year-old said. “And I’ve been working a paid internship with the UMFS IT department since two summers ago. Courage to Succeed has helped me a lot with school and other related things.” 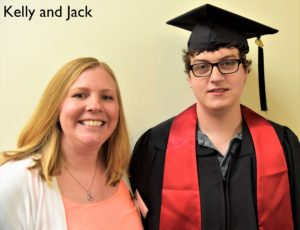 Zach, a Business Administration major, once feared he may never graduate. “We didn’t have the money for it,” the 27-year-old said of the combined cost of college tuition and the C2S program. “But then someone from C2S called and said ‘don’t worry about the money, we’ll figure it out.’”

“Courage to Succeed went out of their way to help me,” Zach continued. “The scholarship gave me the means to finish my degree.” Zach has since landed a part-time job with SOAR365 at the U.S. Defense Supply Center in Chesterfield.

Reed also is a scholarship recipient. He said attending Reynolds and receiving support from C2S has been “everything that’s positive.”

“I’m feeling happiness, joy, and excitement,” Reed added. “Courage to Succeed helped me, and it can help other people, too.” 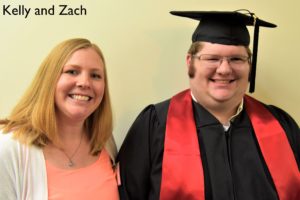 Kelly echoes Reed’s emotions. Not only is she celebrating her students’ successes, she’s celebrating the growth of the program, which she said wouldn’t have been possible without donors. “Many of our students wouldn’t be able to be a part of this program if it wasn’t for donors,” she said. “When I started in 2011, we had four students, and now we have 18. It just shows that with the right supports, these young adults can be successful in college and get their degrees.”

Zach said the reality of graduating is “staggering” in the best possible way. To the C2S program and the donors who support the UMFS Scholarship Fund, Zach had this to say: “I think it’s pretty simple, but thank you.”

To learn more about Courage to Succeed, click here. To make a donation to the UMFS Scholarship Fund, please click here.