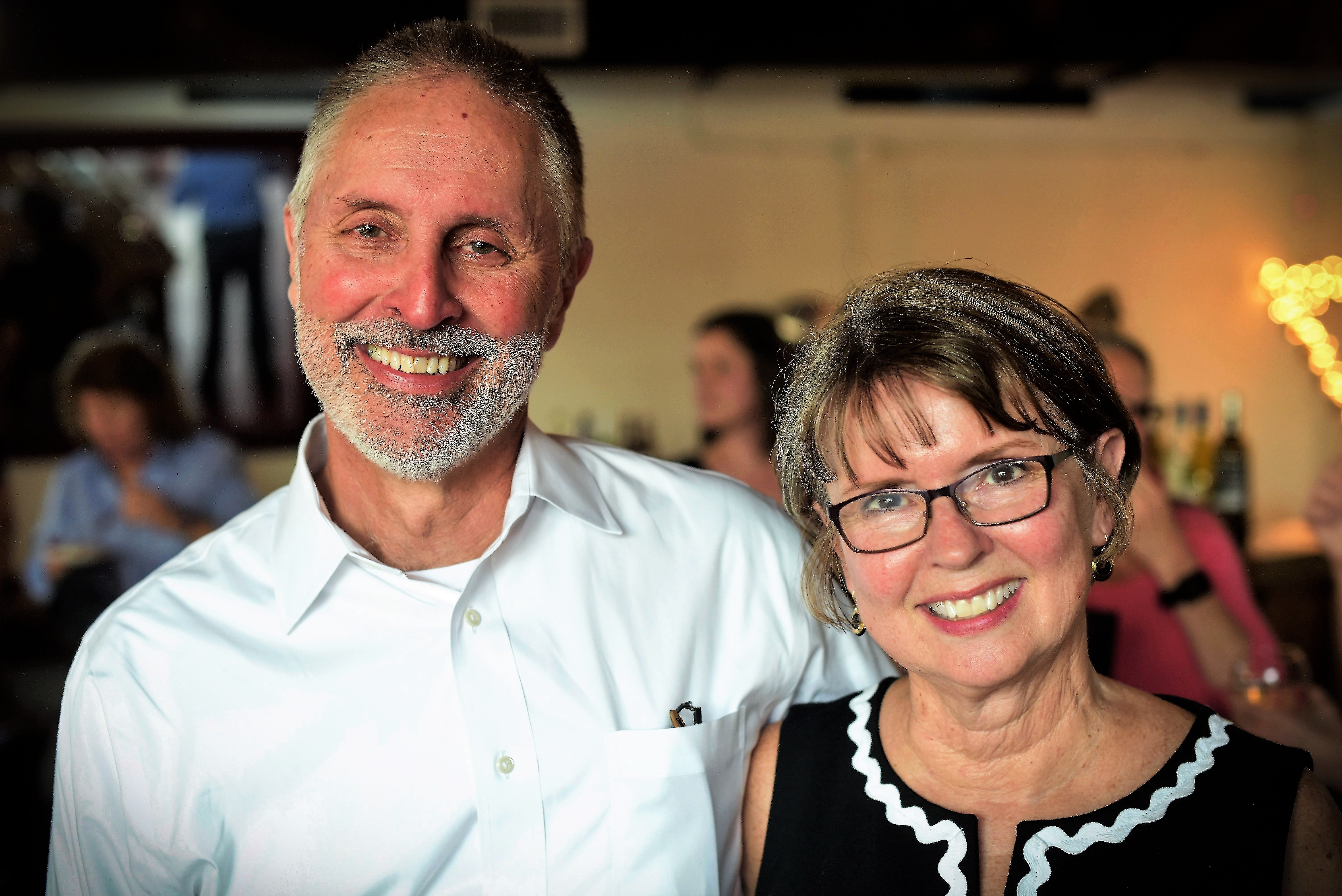 Amazing is a worthy adjective, indeed, but not only for the newly crowned Cavaliers, who a year earlier had earned the dubious distinction as the first No. 1 seed in tournament history to lose to a No. 16 seed in the opening round. The term ‘amazing,’ in this case, also appropriately summarizes Jay’s distinguished career at UMFS.

The departing UMFS Chief Administrative Officer and former UVA standout soccer player is enjoying a gradual glide into retirement. He’s staying on part-time as a consultant to oversee the ongoing UMFS Master Plan. Construction of the Broad Street frontage and UMFS’ new residential treatment center will get underway later this year and into early next year. 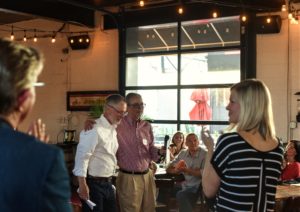 “One of the many things I admire about Jay is he always sees things through,” said UMFS President and CEO Greg Peters. Greg and Jay first met in the 1970s while both worked as juvenile probation counselors. “Jay’s been a tremendous asset for UMFS and has forged incredible relationships, not just across the agency, but across the community.”

A factual statement that’s met with modesty. “I’m most proud of the interactions and projects in all of our regions that I’ve been a part of for 19 years,” Jay said. And for the last 19 years, one of the things Greg has been most proud of is how Jay’s personal values have mirrored UMFS core values. “Relationships are our building blocks and passion unleashes greatness,” Greg said. “Jay exemplifies both of these.”

Jay said it’s easy to find motivation and do good work for an agency and people who provide great services. “My passion is to support the people who do the work in the trenches,” he said. And to be clear, Jay understands the trenches better than many. The Baltimore native is the second oldest of eight children. He and his brother and sisters spent much of their youth caring for their ill mother, who endured lengthy hospitalizations to treat multiple sclerosis. Their father wasn’t around, and the family structure ultimately broke down over time. But Jay doesn’t lament his past. “It’s part of my story,” he said. “I always wanted to be a social worker because my family had one, and our social worker was tremendously wonderful.” 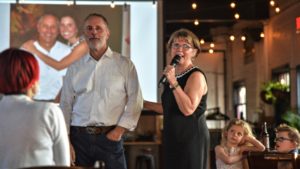 Shortly after graduating from UVA in 1973 with a degree in psychology, Jay realized his goal when he took a position as a juvenile probation counselor in Charlottesville. Building one-on-one relationships with probationers and their families was an aspect of the job that Jay embraced. He said his own lived childhood experiences — like purchasing groceries with food stamps — allowed him to relate to the challenging situations of young people. “I understand how some families really need services and how important it is to provide them,” Jay said. 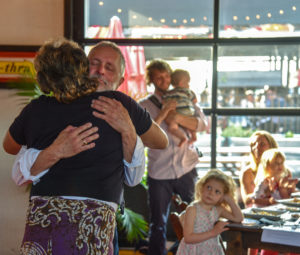 But there came a pivotal moment early in Jay’s career in which he realized perhaps he might be able to better affect change by working behind the scenes. Jay recalled being in his early 20s and representing a young man in court when “I told the judge — and it was inappropriate to do this — but I told the judge it was ludicrous to send the kid I was working with to jail.” It wasn’t long after that Jay shifted his career focus. “I decided I wanted to be in structure and support, not the clinical work itself.”

So Jay left his job as a juvenile probation counselor and took a planning job at the Department of Corrections Central Office in Richmond. He worked there until the mid-1990s before taking time off to earn his master’s degree in public administration from Virginia Commonwealth University. “Then in about 1998, Greg called me and offered a temporary position at UMFS,” Jay said. Not long after, an executive position as COO became available. Jay threw his name in the hat and earned the job in 2000. He said his ascension to executive leadership can be credited, in part, to a series of fortunate events. “Just like UVA’s national title,” Jay quipped. “Never underestimate health, luck, and timing.”

UMFS Chief Development Officer Gary Duncan has known Jay since well before either began their service to UMFS. “Jay has proven throughout his career that he cares about the well-being of others,” Gary said. “It’s been a pleasure to witness firsthand all of the great things he’s done at UMFS and in other human-services capacities. We will certainly miss him.” 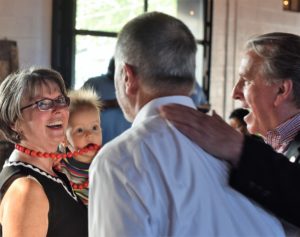 Again, Jay deflects, naming Gary and Greg as the true child advocates. “And my wife,” Jay said. “Now there is a true child advocate.” Linda Nablo previously served as Chief Deputy at the Virginia Department of Medical Assistance Services and is well known for her many contributions to children’s welfare, including Virginia’s Children’s Health Insurance Program (CHIP). Additionally, Linda was the recipient of the 7th annual Carol S. Fox Making Kids Count award in October 2018. She, too, is retired.

“You won’t find two people who are more unwavering champions,” Greg said of Linda and Jay, who married in 1982. “They really believe in strong families.” And therein lies the answer as to what informed Jay’s decision to retire. 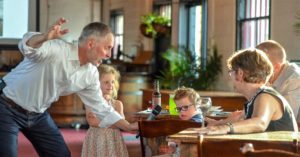 — Jay was on the roster for the 1969 UVA soccer team that claimed the school’s first Atlantic Coast Conference men’s soccer championship. He also was on the 1970 squad that successfully defended the title to repeat as ACC champs. Jay was a standout defender, two-time team captain, and in 1972 he earned First-Team All-ACC and All-State honors.

— Jay said he and Linda plan to do some volunteering in their retirement.

— Many at UMFS will remember Jay for the great “Foxoyote” saga of 2018-2019. Thanks to help he received from a local wildlife trapper and UMFS Maintenance Supervisor Richard Palmer, Jay says “Both the coyote and the fox have moved on from campus.”

— Jay commemorated his woodland friends through poetry: “There once were coyotes and foxes, who some thought were a bit too obnoxious. Their free lunches delicious, though soon not so plenteous, they moved to a hood less contentious.” – Jay Ziehl