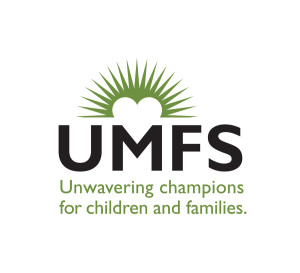 The frustration of being both autistic and nonverbal is sometimes more than Elliot can tolerate. The teen once became so angry that he hurled a drinking glass and busted the inner pane of the large bay window in the kitchen of his family’s Northern Virginia home. A few months later, he shattered the outer pane with his elbow. “There was a lot of blood,” recalled his mother, Angela.

Angela and her husband had done all they could to help Elliot manage his outbursts. Elliot’s older brother had done his part, too. But the situation had now grown critical.

For more than a year, Lisa has been leading the family’s Intensive Care Coordination, a program that works to prevent out-of-home placements for children with behavioral, emotional, or mental health conditions. Lisa meets with the family monthly to review resources and identify needs. She also ensures that the various services Elliot receives are aligned into a single integrated Plan of Care. “We do not want Elliot to be in a situation where he can’t remain in the home,” Lisa said.

The ultimate goal is to improve Elliot’s quality of life, which can be done by focusing first on short-term goals. Replacing the broken window with tempered glass, for example, was a costly but necessary fix from a safety standpoint, Lisa said. Angela and her husband needed financial assistance with the repairs, and Lisa helped them find relief through UMFS funding.

The family has been working to build a brighter future since they moved to the United States from Eastern Europe in 2007. Dad works 60 hours a week to cover the family’s many expenses. He also takes night classes twice a week. Elliot’s older brother graduated high school with honors in June and is now a full-time college student. He lives at home and wants to pick up a part-time job to help with education costs.

Then there’s mom. Angela is the maestro. She manages the household and oversees Elliot’s day-to-day. From scheduling appointments, to coordinating care, to record-keeping, to getting Elliot up, out the door, and on the bus each morning after sometimes sleepless nights, Angela handles it all with grace and patience.

“She’s so strong,” said Sonnja Brown, a UMFS Family Support Partner (FSP) who works with Angela as part of ICC. FSPs are uniquely equipped to mentor families facing difficult situations because they have lived through similar experiences themselves.

Sonnja learned to advocate when her own daughter was diagnosed with autism. “I became involved in the schools and helped her get to where she needed to be,” she said. Her daughter is now a 38-year-old college graduate with a family of her own. Sonnja’s advocacy continued for two of her grandchildren who experienced childhood trauma. Sonnja said sharing her story with families “helps them relate.”

Sonnja went on to compliment Angela and her family’s commitment to ICC, as well as their love for one another. “Working with them has brought me so much joy and enriched my life,” she said.

The family continues to accomplish goals they never thought possible, and through ICC, Angela has gained a skillset that will be vital to Elliot’s continued progress. “She advocates, speaks up, and is more confident,” Lisa said. The transformation in the family, Lisa added, “has been amazing to see.”

* Names of family members were changed to protect their privacy.

Intensive Care Coordination and Family Support Partners provided an elevated level of care to Elliot and his family during a time of crisis. Want to  know more about how Sonnja came to be an FSP? Click here to read her incredible story.