A Champion for LGBT Youth 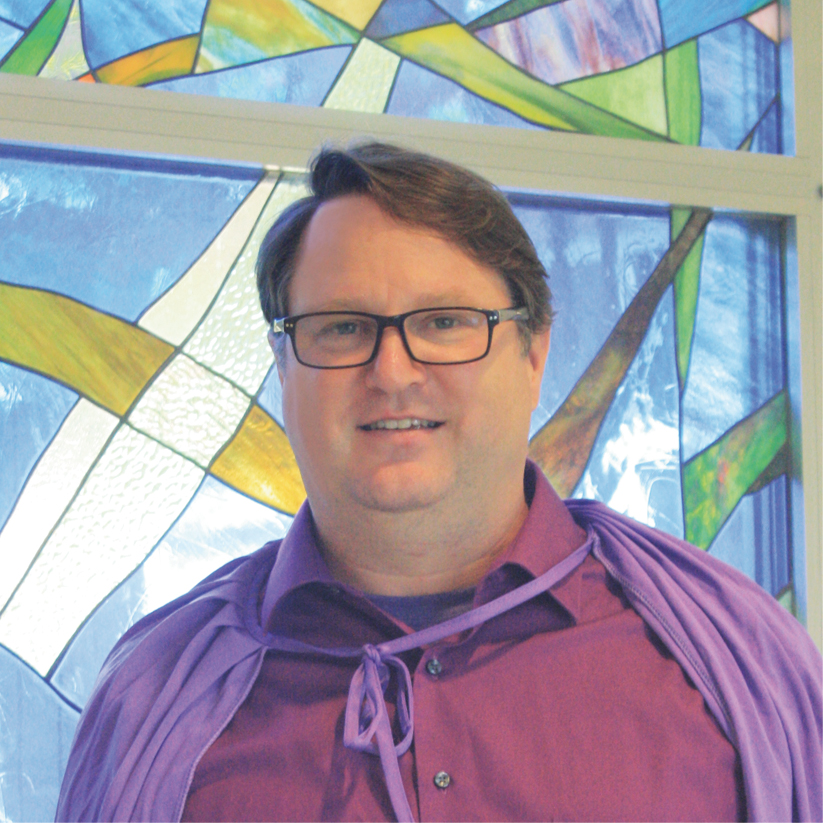 IMAGINE FOR A MINUTE that you’re a teenager. Imagine not being able to sleep at night because you’re terrified of going to school the next day where you know you’ll be bullied—again. Amidst the repeated bullying from your peers, you’re expected to focus on learning algebra, history and planning for life after high school. Imagine trying to survive every day without the full support and understanding of your parents, teachers, coaches and other grownups. Imagine the isolation and turmoil of not being fully understood or welcome at your church, safe in your community or even loved at home. Imagine feeling in so much pain that you begin to hurt yourself through self-harming and destructive behaviors—even suicide. Now imagine that this teenager is not you, but instead your child, grandchild, niece, nephew, friend or neighbor.

“Every time I cut (myself) I was focused on that pain instead of the pain of being rejected and isolated,” says Marvin, a gay teenager who spent time at Child & Family Healing Center from 2012 to 2014. Before coming to UMFS, Marvin spent time in numerous different foster placements and several different schools throughout the state. “I hadn’t come out (before he came to UMFS), but
I knew I was gay from an early age. Other students would make fun of me and I would be left out of things. Some of the teachers wouldn’t talk to me. I was being treated differently because I was gay.”

For Marvin and other lesbian, gay, bisexual or transgender teenagers, daily ridicule, rejection and thoughts of self-harm or suicide are not imaginary, but very real. One out of six high school students nationwide have seriously considered suicide in the past year. LGBT teens are four times more likely to attempt suicide, to think about it or to self-harm. This is not an imaginary or distant problem —it’s one that’s happening in communities across Virginia every day. Child & Family Healing Center serves LGBT youth from across the state who come from environments where there are few, if any, resources to support them. Fundamentally, these kids seek belonging and to be understood. “It may not be safe for these kids to talk about their feelings, their struggles or to be who they are in any given environment,” says Douglas Glick, director of Child & Family Healing Center. “It may not be safe to be themselves in their families, in their churches and in their communities.”

UMFS strives to be a community solutions provider, seeking out and serving kids who fall through the critical gaps in community resources. Since becoming director, Douglas has led his team to fill these critical gaps. From the traumatized boy who was physically or sexually abused, to the girl who feels like she doesn’t fit in because she has autism, to the teenager who needs a safe place to explore his sexual orientation and gender identity—whenever and wherever there is a need, Douglas and his team work tirelessly and selflessly to do whatever it takes.

“There are days when this work can be overwhelming, and there are circumstances in which I have felt deeply challenged to remember my reason for doing this work,” Douglas explains. He reflects on some of the most difficult cases with calm repose. “One of the toughest kids we’ve ever worked with was the first kid in my 10.5 years to punch me in the face. It was hard not to take it personally, and to remember to ask him how his hand was when he punched me in the jaw.” Douglas refused to discharge the boy, determined to help provide him with the treatment and support he needed. “I had to remember that this child was doing everything in his power to run away from healthy relationships and that he wanted me to be like every other adult and reject him for who he was,” says Douglas.

Douglas’ professional accomplishments include numerous certifications, trainings and accolades for working with kids with complex histories of trauma, neglect and rejection. He’s well-known and respected at the national level on the subject of belonging for LGBT youth, and he serves on the board for the American Association for Children’s Residential Centers. But the source of Douglas’ passion for his work is his own struggle for acceptance and belonging.

“When I came out to my family and friends, it was painful and lonely… full acceptance was not something that I experienced from them initially,” Douglas explains. “It takes time for families to move from being rejecting to accepting. It can be hard work, but it’s critical.” Because of his professional skills and personal experience, Douglas is uniquely qualified to support and lead his team in serving LGBT kids at Child & Family Healing Center. With his team’s support, Douglas is able to help kids like Marvin seek belonging, acceptance and maturity as they explore their sexual orientation, gender identity and expression. He’s also a huge support to families as they go through the process.

“Knowing that Douglas was an openly gay man made it easier to talk with him about what I was struggling with,” explains Marvin, “I didn’t always like what he was telling me, but he showed me support and helped me find people who would support who I am,” he says. Marvin also credits Child & Family Healing Center’s equality support group for LGBT teens—which Douglas started in 2005—with helping him explore his sexuality. Marvin and the other participants in the group started each session looking for ways in which their parents, peers and teachers had been supportive of them. Each session began with the statement, “In the past several weeks, I have been supported in being who I am by the following people or the following situation… The group helped me feel accepted for who I am,” Marvin says.

In 2014, Eric and John Chapman-Frauwirth adopted Marvin out of Child & Family Healing Center. Eric credits Douglas and Child & Family Healing Center with helping Marvin move away from self-destructive behavior. “Douglas helped give Marvin the stability he needed, showing him tough love as an authority figure while holding him accountable for things he had never been called out for before,” he explains. “It was in that environment that he was able to safely explore who he was and grow.” The family now lives in New Hampshire, where Marvin is adjusting to being a freshman in public school. “I’m a teenager so I fight with my parents sometimes just like anyone, but I’m loving high school and my new life up here.”

Child & Family Healing Center is now supporting the needs of four transgender students, one gay student and one questioning student who participate in the equality support group. One of the students in a recent group said, “I feel supported because I’m with my friends and people who are just like me.” Another says, “It’s helped me realize who I really am and be open about it.” These kids no longer have to imagine acceptance and belonging. With the support of Douglas and his team, those feelings are real and validated.