Generation to Generation: A Legacy Born at the Orphanage 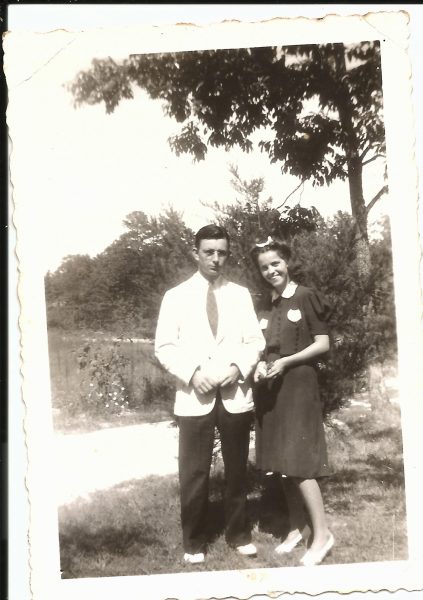 Annie Mae Abernathy lived a life of generosity. She was committed to serving others and had an inherent desire to open her heart and home to children. But to understand where she learned such values, you must turn back the clock to when Annie Mae and her six siblings were orphaned.

(Click here for the full digital version of this story, including photos.)

“Mom was born in 1920,” said John Wayne Abernathy, son of Annie Mae and brother to Harry Wilson Jr. and Marilyn Grey. “She was maybe 9 years old when she went to live at the Methodist Home.” The Virginia Methodist Children’s Home was an earlier iteration of UMFS, which was founded in Richmond in 1900. Annie Mae spoke little about her time at The Home, but John said one thing was clear: “Mom thought highly about what she learned and knew she benefited from charity.”

Annie Mae was 13 when she left The Home to live with a farming family in Flat Rock, Va. She helped around the property, attended school, and eventually met Harry Abernathy, the man she would wed. “Dad ran a little grocery store,” John said. “One day he saw Mom walking up the street just minding her business. Dad said he liked that about her!”

Annie Mae and Harry Abernathy married in 1939. They raised three children of their own, cared for
nearly 100 foster children, and adopted two children, Christopher Almonte and Michelle Dawn. “From 1960 on,” John said, “there were probably two to four kids coming in and out of our home every year until 1975. Mom’s biggest joy was taking care of kids.”

John Wayne still remembers the bright, arching rainbow that hugged the Chesapeake horizon
on a mild day in November of 1990. It was, after all, the same day he and his wife, Sue, finalized
the adoption of their son, Ian, with the help of the UMFS office in Virginia Beach. “We knew we’d have kids eventually but couldn’t have biological kids,” John said. “Sue and I chose adoption because it’s part of who we are.”

John said having the opportunity to adopt through UMFS — where his mother, Annie Mae, had lived as an orphan years earlier — made the situation that much more sweet. “When Sue and I celebrate our wedding anniversary, we call it our family birthday,” John said. “And Ian is part of that.”

John and Sue have been parents to Ian since the day he was born. Ian will turn 30 in November, and
true to his family’s values, he chose a career in public service. “He graduated from the Virginia State Police Academy in March,” John said. “Ian wanted to be able to give back.”

The Abernathy’s relationship with UMFS spans three generations. The journey began when orphan Annie Mae and some of her siblings lived at the Virginia Methodist Children’s Home in the late 1920s. The legacy continues today through two adopted children and several former foster children, who continued to send Annie Mae Christmas cards years after they had found homes of their own. And of course there’s John, Sue, and Ian, their adopted son. Not only have John and Sue invested in the life of another as adoptive parents, they’re also investing in the future of UMFS by choosing to support the mission with regular monetary support. “After Ian came along,” John said, “UMFS took on an even bigger meaning in our lives.”

UMFS believes in a world where caring, opportunity, and generosity are passed on from generation to generation. It’s clear the Abernathys believe this, too, and the sentiment is etched in Annie Mae and Harry’s headstone, which reads: “We Love the Children.”