From Detention to Diploma 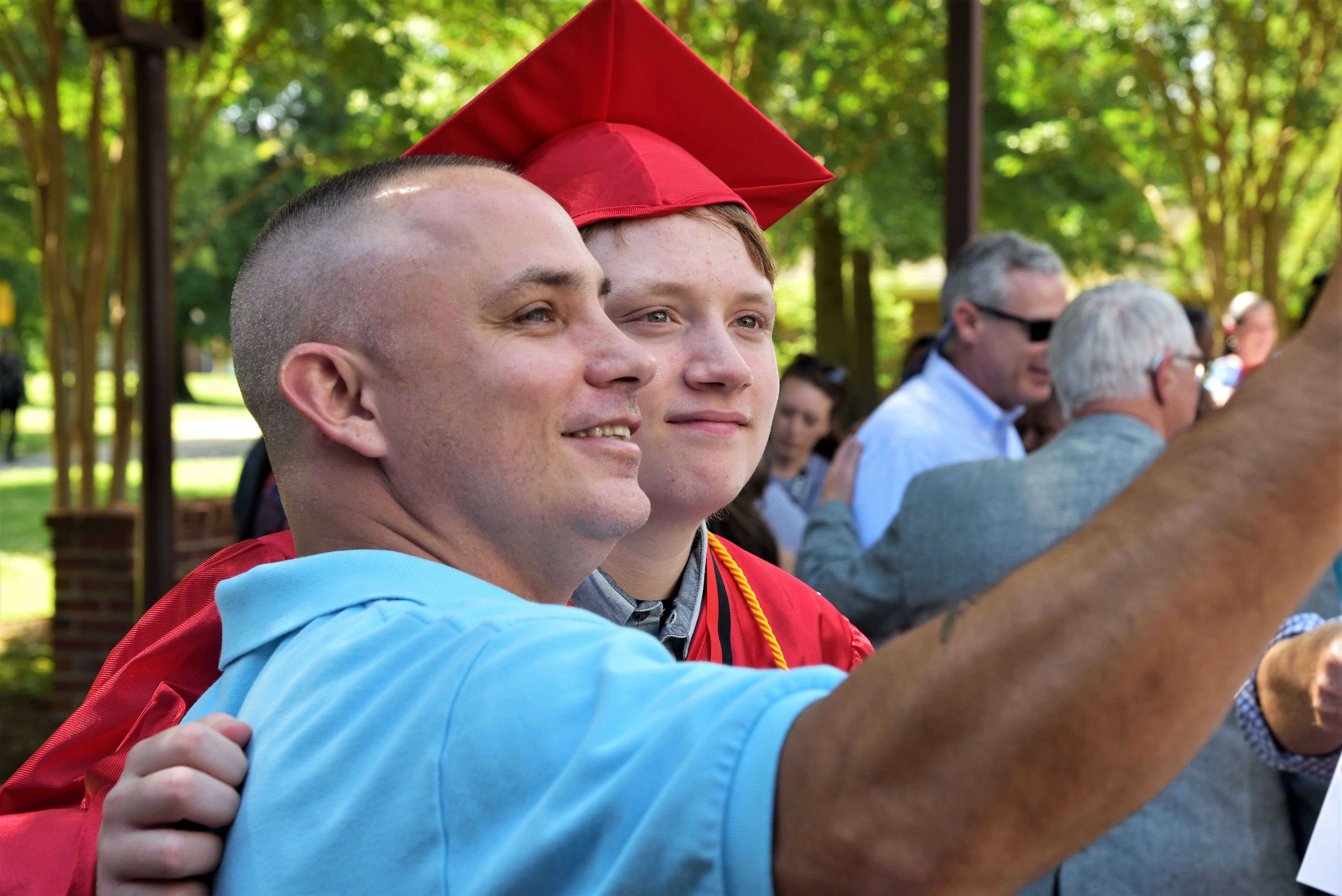 UMFS is proud to partner with the Virginia Department of Juvenile Justice, AMIkids, and Evidence Based Associates as an alternative placement for children in detention. UMFS is committed to providing Virginia’s high-risk children with a team of lifelong unwavering champions and tools for success to become resilient adults.

Mikey arrived at the UMFS Child & Family Healing Center in Richmond last October after having spent a combined two years in juvenile detention and locked residential treatment facilities. He was the second child UMFS welcomed directly from DJJ. On June 13, Mikey successfully completed his treatment program. Two days later, the 18-year-old received his high school diploma. After graduation, Mikey, his parents, and one of his therapists sat down with us to talk about Mikey’s progress.

Leaving the confines of a maximum-security juvenile corrections facility and entering residential treatment at the Child & Family Healing Center on UMFS’ open and unlocked campus was a move Mikey was eager to make.

“I was excited,” Mikey said upon learning that his combined two-year stint in juvenile corrections and locked residential facilities was coming to an end. The transition, however, didn’t go quite as he had hoped. Mikey was transported from juvenile corrections to UMFS wearing an orange jump suit, handcuffs, shackles, and a chain around his waist, making for a less-than-desirable first impression. “When I walked in, people were looking at me like, ‘Who’s this guy?’ I felt embarrassed.”

But the unease didn’t last long. Mikey’s mother, Windy (pictured bottom left), and his father, Michael Sr. (pictured above), reminded their son that within 48 hours the spectacle had given way to curiosity. Mikey nodded in agreement. “They started asking questions,” Mikey said of his UMFS peers. One young man was particularly interested, Mikey continued. “Nick realized we had come from the same place.” The two had been in the same juvenile corrections facility, and Nick was nearing the end of his treatment at UMFS just as Mikey was beginning his.

Nick was the first child to come to UMFS directly from DJJ. Because of his progress and successful completion of treatment, the door was left open so others like Mikey could make the move.

Mikey responded well to therapy at UMFS, built healthy relationships with peers and staff, and performed well in the classroom. His therapist, Kate, said UMFS’ open campus and home-like setting is a favorable environment for kids like Mikey. “This wouldn’t be the right place for everybody,” she said. “But when it is the right place, it can be a really good experience.” Michael Sr. agreed, noting the life skills Mikey built. “Any facility can offer treatment and therapy, but preparation for life is where UMFS has a huge leg up,” he said.

Programs like Coffee Cart, for example, provide residential students the opportunity to gain work experience. Coffee Cart is student-run and serves various events on campus. The coffee is generously donated by Ironclad Coffee Roasters in Richmond. To earn a paid position with Coffee Cart, students must apply. Michael put his name in the hat but admittedly wasn’t optimistic. “With how many people interviewed, I didn’t think I would get hired,” he said.  Not only did Mikey get hired, but he turned out be a model employee — it just took a little conditioning.

“When I first started I had a good sales pitch but had to change it,” Mikey said.

“Why’d you have to change it,” Windy asked.

“Because I was taking too long!”

Windy laughed. “I think you get that from me,” she said.

Mikey’s admission to Child & Family Healing Center was conditional. Mikey was required to wear an ankle monitor and couldn’t participate in all the same off-campus events as his peers. When he did leave campus, it was by approval of DJJ. 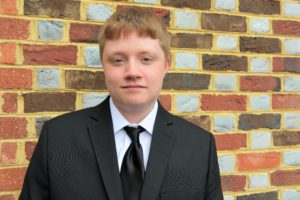 So when Reveille United Methodist Church hosted prom for the UMFS residential program and Charterhouse School day students in May, Mikey wasn’t sure he’d be able to attend. Nor was Kate. But just a few hours before the big dance, they got the call. “It was a good thing he had been fitted for a suit a few weeks before,” Kate said with a smile.

Mikey arrived at prom wearing a black suit and tie and a crisp white shirt. He looked confident, sharp, and classic. But in reality? “Mikey was pretty anxious,” Kate said. It was, after all, the first such social gathering he’d attended in a while. ”I’m glad I was able to be there with him,” Kate said.

It had been an emotional week for Mikey. On a Wednesday, he and three other residential students gathered to celebrate their completion of treatment. In front of an intimate audience that included residents’ families, as well as UMFS staff and leadership, Mikey’s former therapist, Angelo Cabrera, delivered a moving speech. “The most precious commodity you have in life is time,” Angelo said, looking Mikey in the eyes. “Everything else can be replaced, but not time. And the time you have spent at UMFS, you’ve spent it well.”

Just two days later, Mikey walked across the UMFS Charterhouse School stage in his red cap and gown to collect his high school diploma. He breathed a deep sigh once the graduation ceremony had ended. The look on his face spelled relief, and the smiles on the faces of his mom and dad stretched from ear to ear.

“Mikey did really well here,” said Mariko Saito, Assistant Director of Clinical Services, noting the progress he made despite being under a microscope. “He made steps toward successful community integration, which is one of the things DJJ is looking for.”

Reached recently by phone, Michael Sr. spoke about Mikey’s continued progress since leaving the Child & Family Healing Center. Mikey’s living in a group home and building on the skills he worked so hard to develop while at UMFS.