Courage to Succeed: “The Best Thing That’s Happened to Me in a Long Time …” 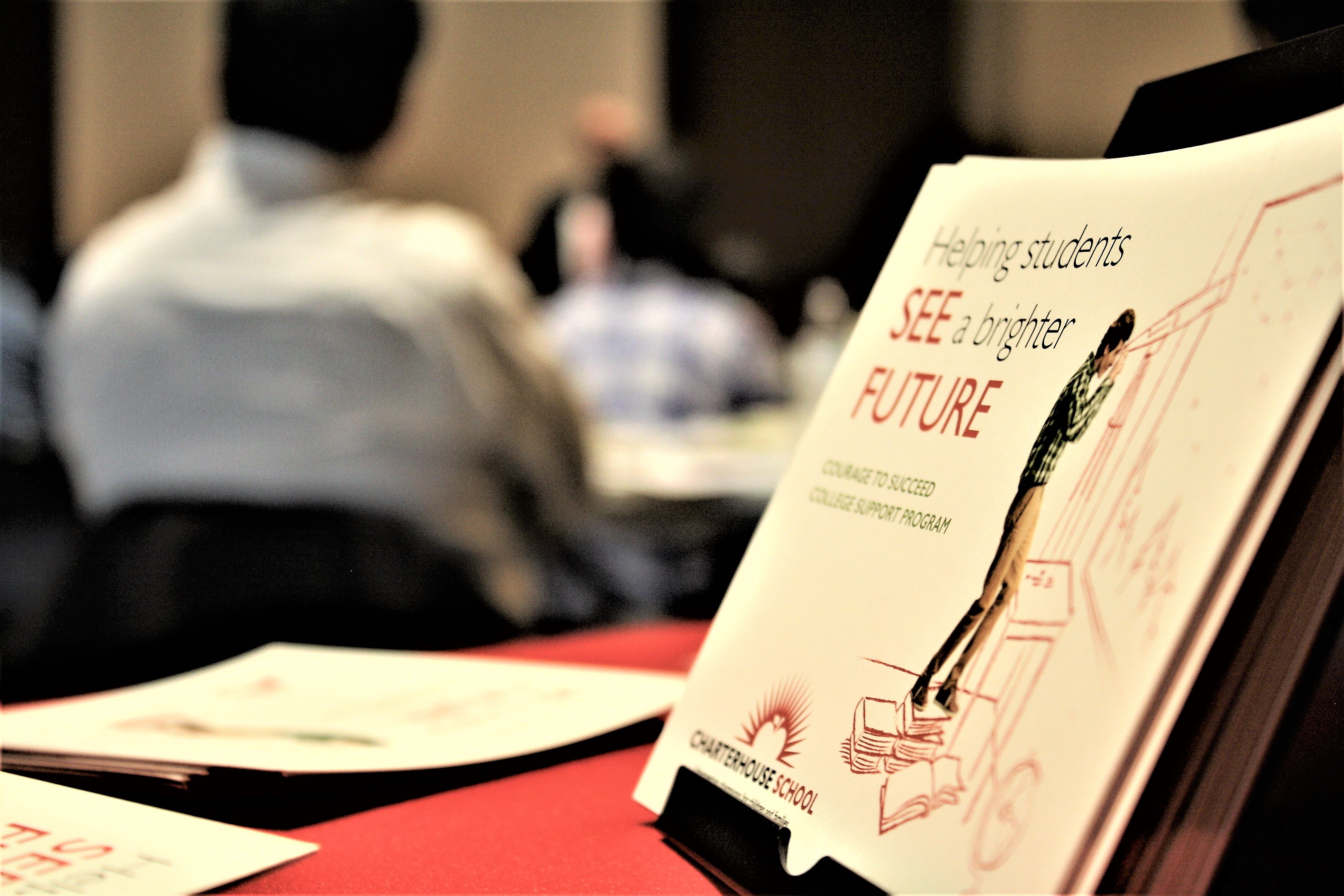 Cole Hudgins was an academic prodigy. He breezed through elementary and middle school, and by high school graduation he had compiled a 4.1 weighted GPA. His efforts were rewarded with a scholarship to the School of Engineering at Virginia Commonwealth University. Cole looked forward to earning his degree and pursuing a lucrative career, but his confidence evaporated soon after matriculating.

“I struggled at VCU,” Cole said. “Bad time management.” Cole eventually lost his scholarship and along with it his self-image, he said.

“I was ashamed. I was drowning in a sea of despair. But my dad threw me a lifeline when he told me about Courage to Succeed.” 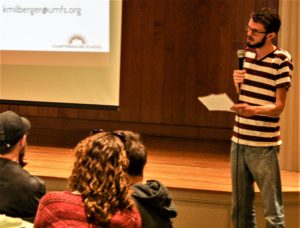 Cole shared his story on Saturday during the 4th-annual Courage to Succeed luncheon at the UMFS Charterhouse School in Richmond. He opened up to the more than 30 people in attendance about the difficulties he had transitioning from high school to college.

Courage to Succeed is Charterhouse School’s college program for students with neurological differences, including high-functioning autism, learning disabilities, ADHD, and traumatic brain injury. The program seeks to help students learn skills that will help them earn a college degree, work in their chosen field, and live a productive, independent, and happy life.

Joyce Gunn’s grandson Chase benefits from academic and organizational support, but there wasn’t much available after grade school. She credited Courage to Succeed for stepping in and providing much-needed relief.

“Without Kelly and Kat, he would not be the young man he is today,” she said. “We wouldn’t be the family we are.”

Joyce credited Courage to Succeed for instilling in its students the ability to advocate for themselves. “They learn to speak up for what they need,” she said. “This will help Chase all his life.”

As for Cole, he’s adjusting well to his second-semester in the program. He’s enjoying renewed academic success at Reynolds Community College and is now considering pursuing humanities rather than engineering.

“C2S is the best thing that has happened to me in a long time, if not my entire life,” he said.

Visit the Courage to Succeed website to learn more about the program and how it uses social and academic supports to assist students. You may contact Kelly Magee directly at (804) 370-0550 or kmagee@umfs.org.