Becoming a champion for LIFE 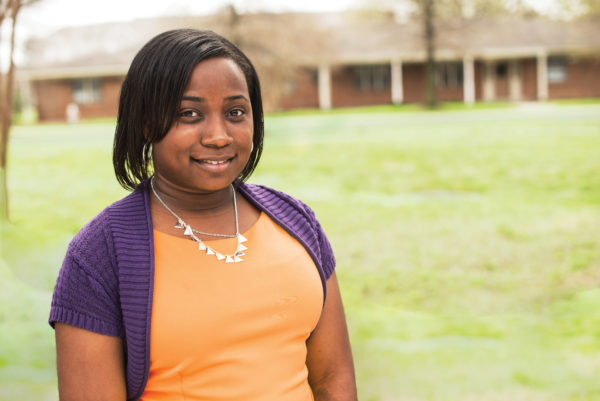 SOPHIA BOOKER HEARD about Project LIFE for the first time in 2010 when a friend invited her to a youth advisory council meeting where teens in foster care discuss shared challenges and ways to improve the system. “I just wanted to hang out with one of my friends who had planned to attend—I had no idea that this would become a permanent connection in my life that I would
cherish,” Sophia said.

Sophia and her twin sister, Bridgette, entered foster care at age seven. Like many children in the system, they moved around several times and were without a permanent
connection. Their final placement was with Linda Booker, who adopted both Sophia and Bridgette after they lived in her home for five years.

“Mom was determined that we were going to stay engaged and connected beyond our new home,” Sophia explained. Linda’s determination, plus the nudge from a close friend, brought Sophia to Project LIFE for the first time. “When I started as a participant, Project LIFE gave me the tools I needed to help me build my own support network,” she said. “It’s like the program helped me to create my own little family of people who supported me and loved me unconditionally.”

Bolstered by her support network, Sophia flourished at Project LIFE. As a regular participant in the youth advisory council, Sophia learned to advocate for herself and others in the foster care system. “The program helped me learn how to problem solve effectively,” Sophia explained. Project LIFE staff quickly recognized Sophia’s skills and potential and asked her to serve as a volunteer for the program’s biannual youth conferences.

As her connections to Project LIFE continued to deepen, Sophia remembers asking herself, “Man, wouldn’t it be cool to get paid to work for Project LIFE?” That’s exactly what happened in 2012 when the program hired Sophia as a youth counselor to help coordinate the summer learning program. During the summers of 2012 and 2013, Sophia helped to coordinate service learning activities for program participants including a partnership with A Grace Place, an adult care center in Richmond.

On March 5, 2014, Project LIFE hired Sophia as its first youth network coordinator.“I made sure I’d remember that date,” Sophia says. “It was and will always be a proud moment in Sophia
history,” she added. In her current role, Sophia works with foster youth from across the state to help them develop the same skills and connections that she gained as a participant in the program. “I educate the youth on how to effectively advocate for themselves and for others,” Sophia explains.

“I want them to understand that they are valuable and that what they say matters. So, along with discussing their concerns within the system, I teach them to brainstorm solutions. When they do this, they can say that they made a meaningful contribution for a greater cause,” she said.

Jill Gaynor is Sophia’s mentor and a member of her Project LIFE support team. “Sophia is truly an amazing young woman with so much talent, potential and drive. All she needed was a little help and support with basic life skills, and a cheerleader to occasionally pick her up when she stumbled. I can’t wait to see where God will lead her, and I am blessed to be in her life to walk alongside her in this journey.”

Sophia will continue her journey this fall when she enrolls in the social work program at Virginia Commonwealth University. “It took me so much sweat, tears and hard work to get to that moment. Along with my success in supporting kids in the foster care system, being accepted at VCU was one of my proudest moments. I’m so excited.”

« Above and far beyond
What types of kids end up in foster care? »