Barbara’s Home Away From Home 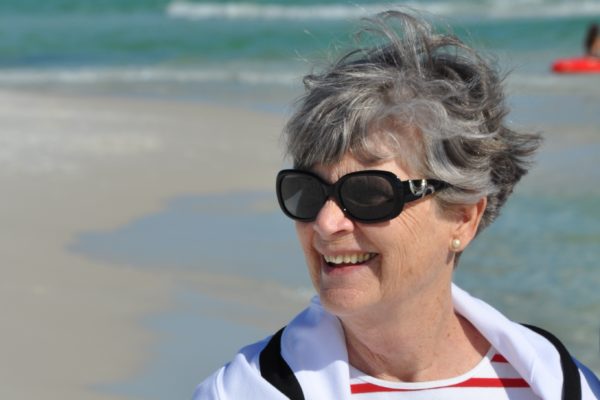 Barbara Sadler was just 8 years old in 1945 when she made the 113-mile journey east from her home in Lynchburg.

“I remember the day that my mother and her sister took us to Richmond on the train,” Barbara said. “It was exciting and fun because we had never been on a train before. We were too young to know what was happening.” 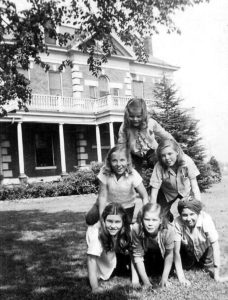 Barbara and her two youngest brothers were moving to the Virginia Conference Orphanage of the Methodist Church, an earlier iteration of UMFS. It was a relocation predicated on necessity.

“She was raising five young children all by herself,” Barbara said of her mother, who worked as a waitress at the time. “My father was not in the picture.” Barbara’s two teenaged brothers remained at home in Lynchburg because, at the time, the orphanage didn’t admit children older than 10.

While there most definitely was an adjustment period, Barbara (pictured bottom row, middle) ultimately thrived at UMFS and reached many milestones, had many celebrations, and was very involved during her 12-year residence. While living at UMFS, Barbara graduated high school, attended college, gave her life to Christ, and was introduced to Alex, the man who would later become her husband.

“UMFS changed my life for the better,” she said.

And though Barbara physically left UMFS in 1957, her heart remained. She and Alex (pictured below) married in 1960 and became deeply invested in the agency, giving both their time and money. They also opened their home to UMFS residents on weekends and holidays, and Barbara served many years with the UMFS Auxiliary, a service and support group whose members belong to local United Methodist churches. Barbara and Alex were longtime members of Beulah UMC in Chesterfield.

Bruce Sadler, the middle of Barbara and Alex’s three children, said that growing up, his mom would speak often and openly about UMFS. “From the very beginning of my memory, it was always clear that mom grew up there and it was very important to her,” he said. Added Barbara: “My children know I am proud of my story growing up at the orphanage.”

Indeed, they do. As children, Brian, Bruce, and Jennifer all spent time volunteering alongside their parents at UMFS and various other non-profits. As adults, they’ve followed their parents’ philanthropic footsteps and for many years have provided unwavering support to UMFS.

“My mom would say there are so many people that help you get to where you are that you’ve got to give back,” Bruce said. “I hope we have given back, and in some way repaid some of the cost of what my mom was the beneficiary of.” And Barbara says she and her family were beneficiaries of much. 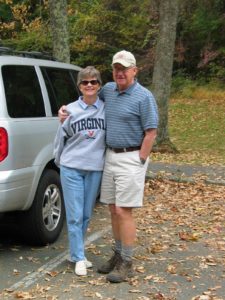 “I believe in miracles because of my life experience,” she said. “While we did not grow up with our mother and siblings, we became a true family in the following years. The miracle is that we are a very close family today, closer than many families who grow up in the same house together.”

Barbara is now 81. She moved to Atlanta after her husband passed away in 2012. Brian and Jennifer live nearby. Bruce lives in Richmond, where he’s Partner and Business Director at Brockenbrough, the same engineering and consulting firm where his father was Partner for more than 30 years. Bruce also serves on the UMFS Board, just as his father did. “I’m very proud to say that,” he said.

Mom’s proud, too. “It really means a lot that Bruce chose to serve UMFS,” she said.

We agree, Barbara. We agree.

UMFS provided services that helped Barbara’s family become whole again. She and her children now contribute generously to UMFS so that other families can become whole again, too. You can join in their mission by donating today.