A Lifetime of Considerable Commitment 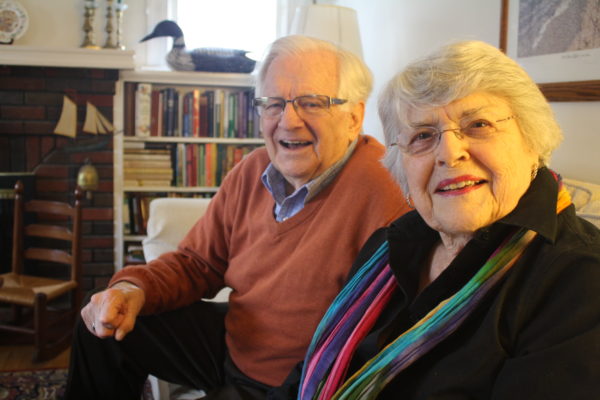 To each other, to their family, to the church, and to United Methodist Family Services: The Tates have devoted much to both humanity and philanthropy.

From the cozy confines of their home in the Tenleytown neighborhood of Washington, D.C., Dr. John Tate and his wife, Barbara, recently reflected on a lifetime of considerable commitment.

They celebrated 63 years of marriage on Easter Monday; for 44 years, Dr. Tate served as a pastor with the United Methodist Church; three of their four children are in ministry; they’ve been involved with UMFS since it was the Virginia Methodist Children’s Home; and the house in which they live? It was built by Barbara’s father in 1929. She and Dr. Tate have lived there since he retired in 1999.

Yes, the Tates know more than just a little about longevity.

To that end, the Tates have long supported UMFS with annual gifts. And even after serving faithfully on the Board from 1981-2010, Dr. Tate said he “always felt that whatever time I was at UMFS was more of a benefit and blessing to me than I was a benefit to them.”

Rallying behind UMFS is easy to do, Barbara said, citing the agency’s adaptability, student success rate and transparency.

“And UMFS helps kids that society has given up on,” Dr. Tate added. “It’s probably the best-kept secret in Virginia.”

But without its donors, UMFS wouldn’t be able to carry out its mission as an unwavering champion for high-risk children and families. Healing those in need is, after all, a collaborative effort. It’s the selfless support offered by families like the Tates that helps UMFS move forward with its vision of empowering all children to contribute to society as engaged citizens.

And when asked what they would say to others who might be considering supporting UMFS, John and Barbara smiled at each other from across the room.

“It’s an investment in the lives of children,” Dr. Tate said.

You, too, can be an unwavering champion for high-risk children and families. Your contribution allows UMFS to provide care and service to those who need it most.